SEG Fabric and Frames are being used in a multitude of different venues to display large imagery. SEG is short for Silicone Edge Graphics, meaning that the edges of the fabric graphic are sewn with a thin silicone strip that is inserted into a channel around the perimeter of the frame. Once installed, the graphic has a smooth appearance that is superior to even a rigid substrate. SEG signage is being used everywhere from trade show events to airport terminals. 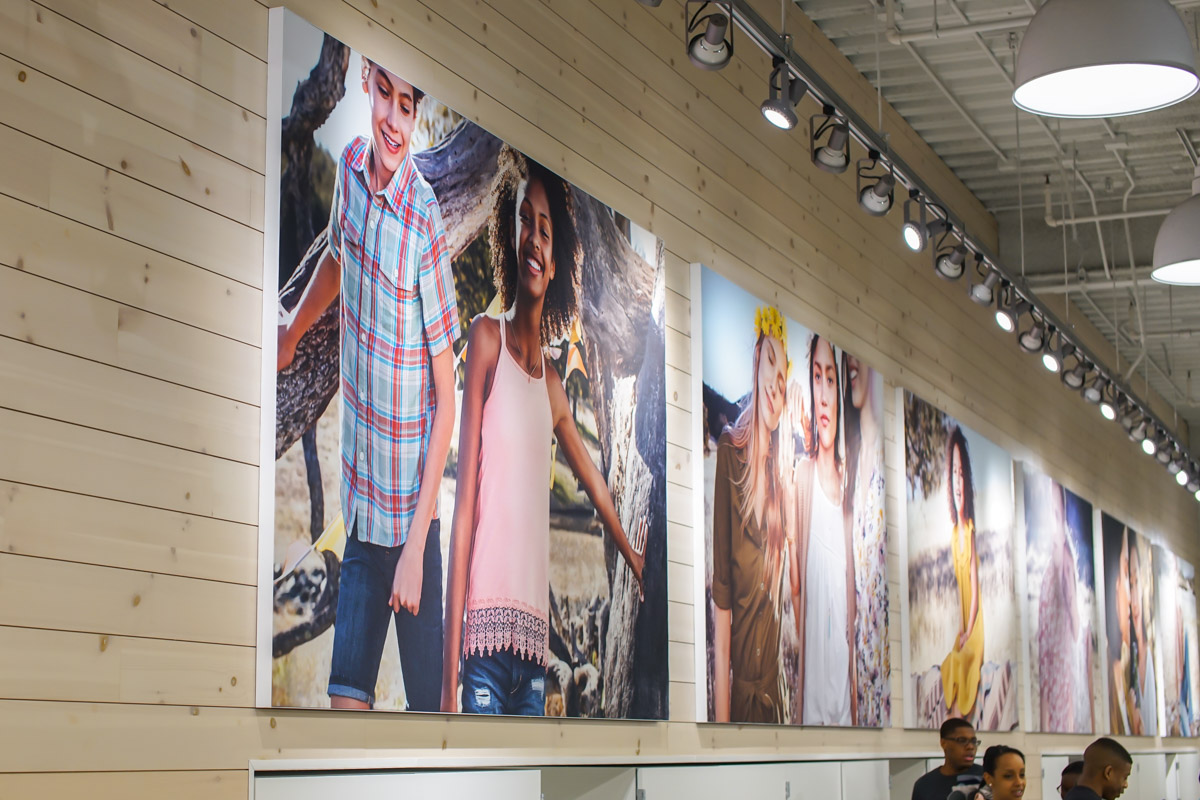 The Old Navy store in New York City showcases a series of large white SEG frames and fabric graphics. These graphic prints are lit using above spotlights. This offers a more economical way to display graphics than a SEG fabric light box, where the graphics are backlit.  Each wall mounted SEG display is approximately eight feet wide by six feet in height. 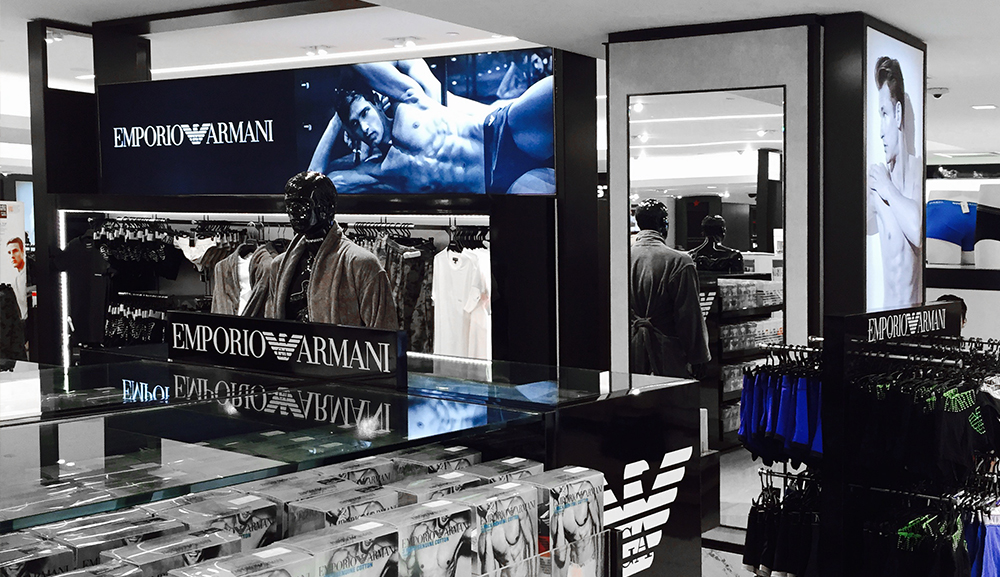 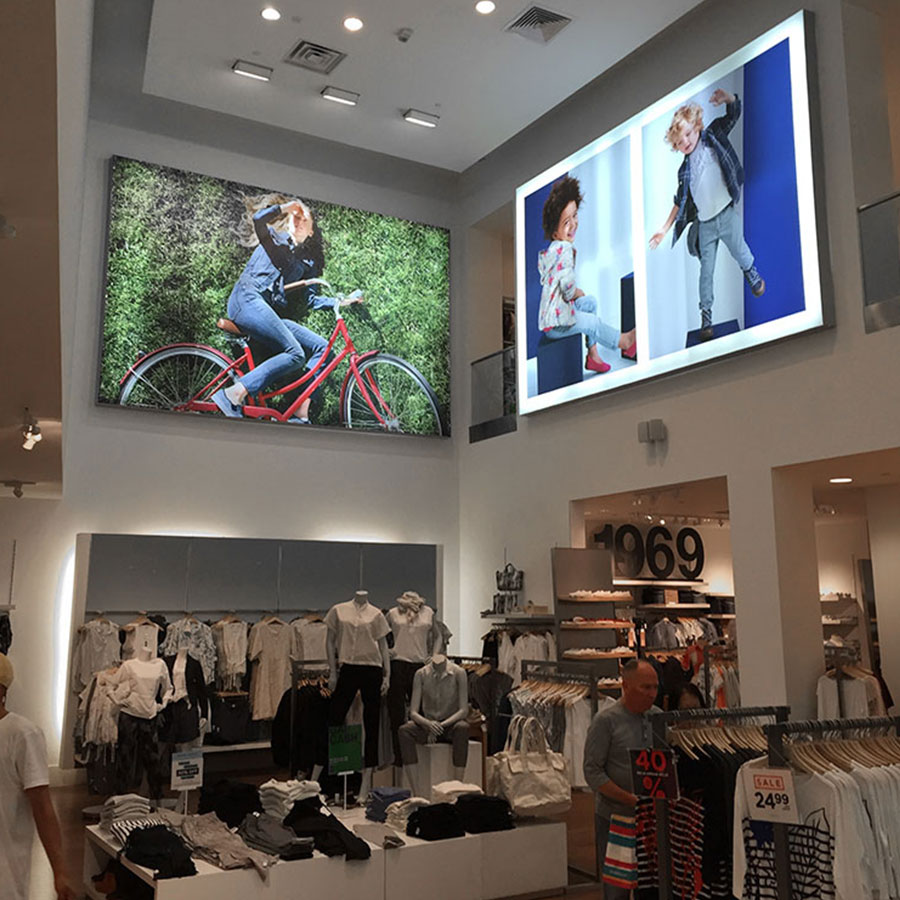 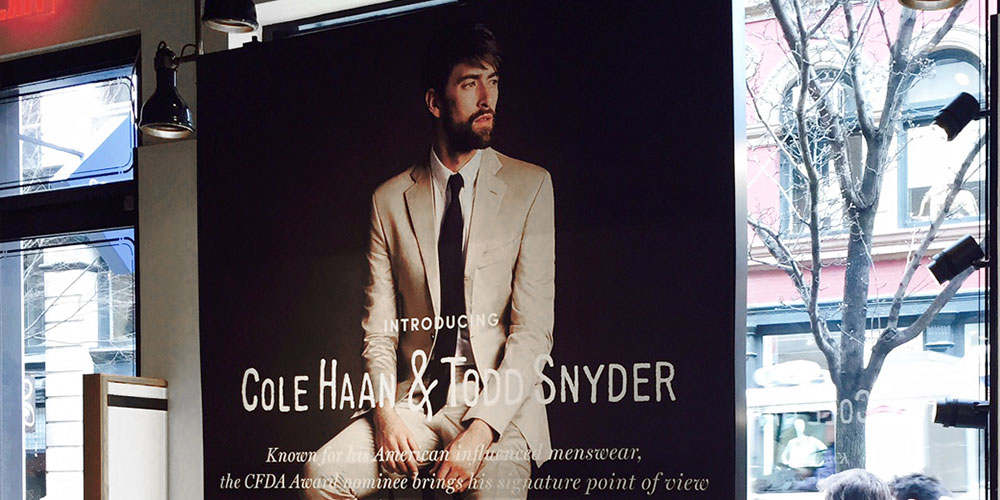 Like many other retailers, Cole Haan is also using SEG Framed Fabric Displays to promote new collections in the retail environment.SEG fabric framing systems offer an attractive signage because of its sleek frameless appearance and design. 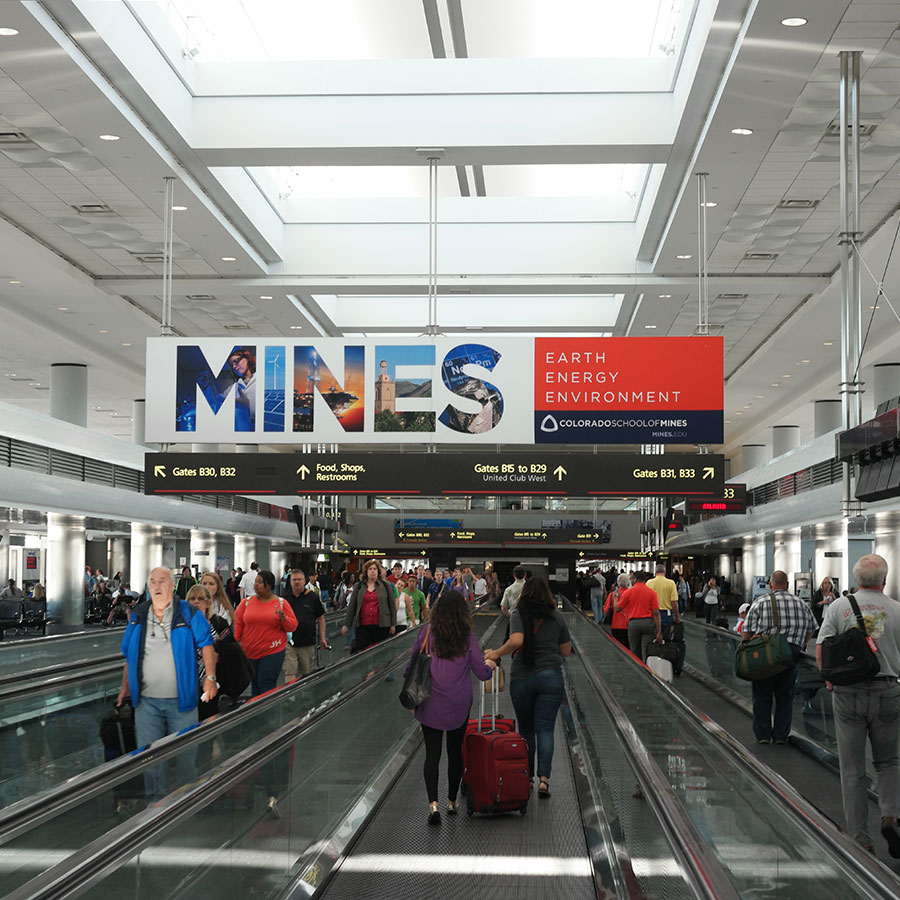 With thousands if not millions of people using Denver International Airport to travel, it only makes sense that SEG fabric frame displays would be found advertising in the terminals. This enormous SEG fabric signage display was wide enough to hang over five moving sidewalks. 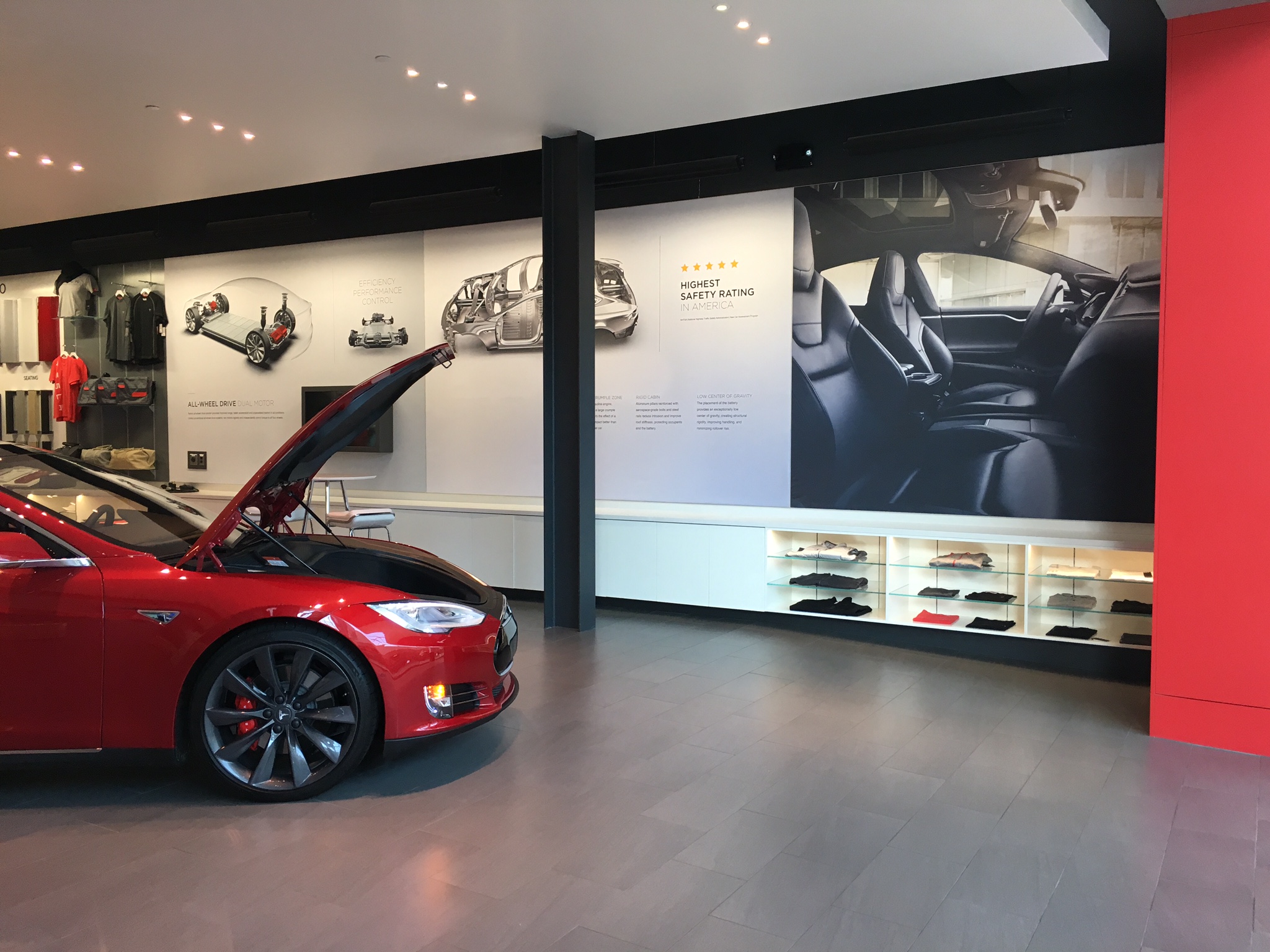 Luxury electric car maker, Tesla, is using SEG framed fabric signage to create a significant visual message inside their car dealerships. This particular dealership was located right in the middle of a shopping mall, no less. Selling luxury electric cars inside of a shopping mall requires an appealing visual presence that highlights the benefits over gasoline powered alternatives. 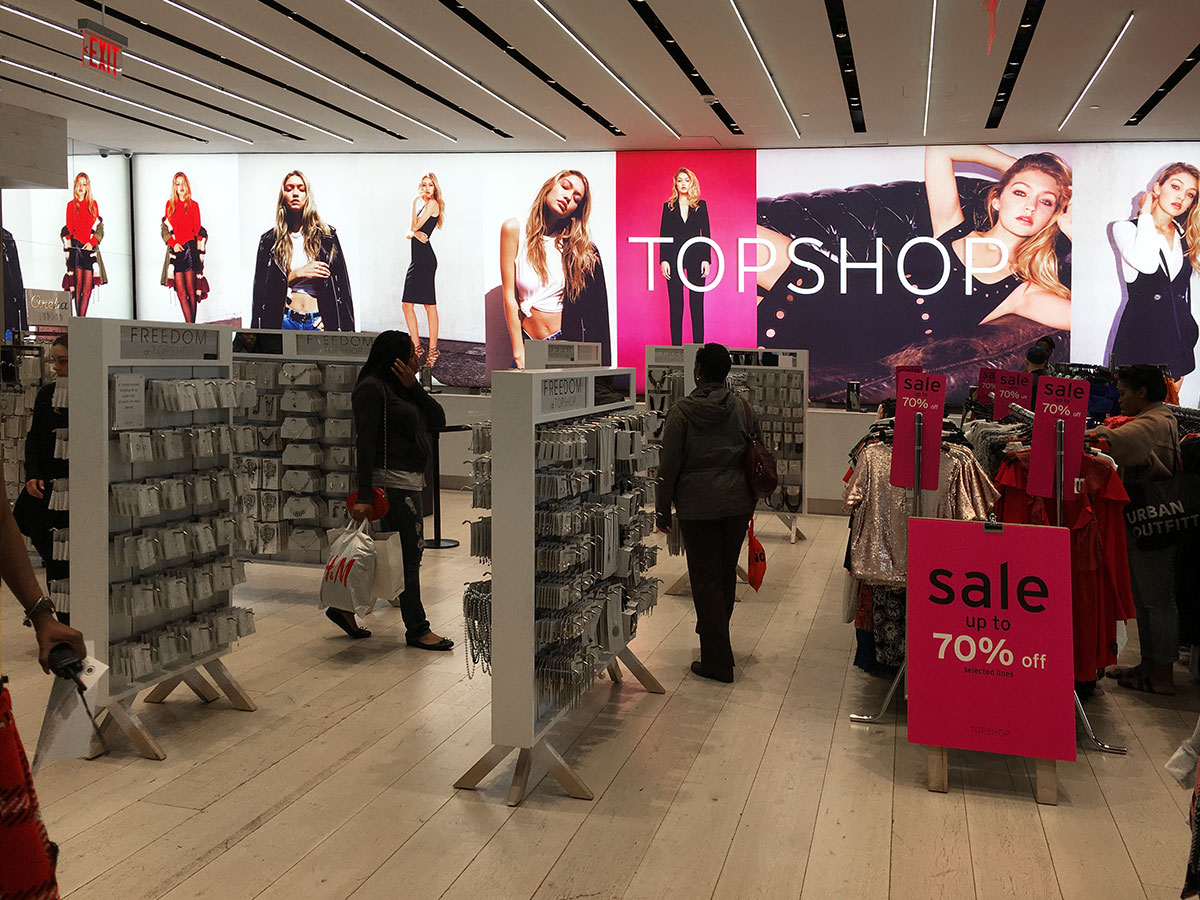 Some of the large graphics were displayed in SEG light boxes and some were in standard (non-lit) SEG frames. The backlit wall behind the clothing racks was constructed using several light boxes as sections that were about 4 ft wide by 12’h. A very unique way use SEG fabric which enhanced the shopping experience.